How to Handle a Carrier – Broker Relationship in Car Transport

When I started my career as a car hauler I learned a valuable lesson about how to handle damage claims. After delivering a vehicle, the dealer found damage to the undercarriage. The broker notified me about the damages and my initial reaction was to deny the claims made against me. I was given two options to resolve the claim; either pay for the damages or not pay and be blacklisted by the broker.

At the time I thought this was unfair to me because normally I don’t check the undercarriage of vehicles and as a result, I did not list damages on my condition report. What really helped ease the situation was that the broker was very calm and told me it’s not a big deal, just a cost of doing business.

Mistakes like this happen all the time in this industry. I was reluctant to pay but I knew that in the long run it was not worth losing contact with this broker over a couple hundred dollars. I generated far more revenue hauling for this broker and I knew it was not a wise business decision to get blacklisted and miss out on future potential profits.

Though the internet has simplified the process of connecting with brokers it has made it harder for carriers to build solid, lasting business relationships.

But accidents in this industry are bound to happen. ?And it’s beneficial for both carriers and brokers to be honest with each other not only for the sake of building lasting relationships, but also to ease the process of settling the claims that inevitably happen.

Whereas, dishonesty creates problems for brokers who then have to deal with customers. Dishonesty isn?t just hiding damages:it can also be something like not delivering on time. Delaying delivery further complicates situation between the broker-carrier, broker-customer, and ultimately carrier-broker.

Bad business hurts the broker and the customer in car transport 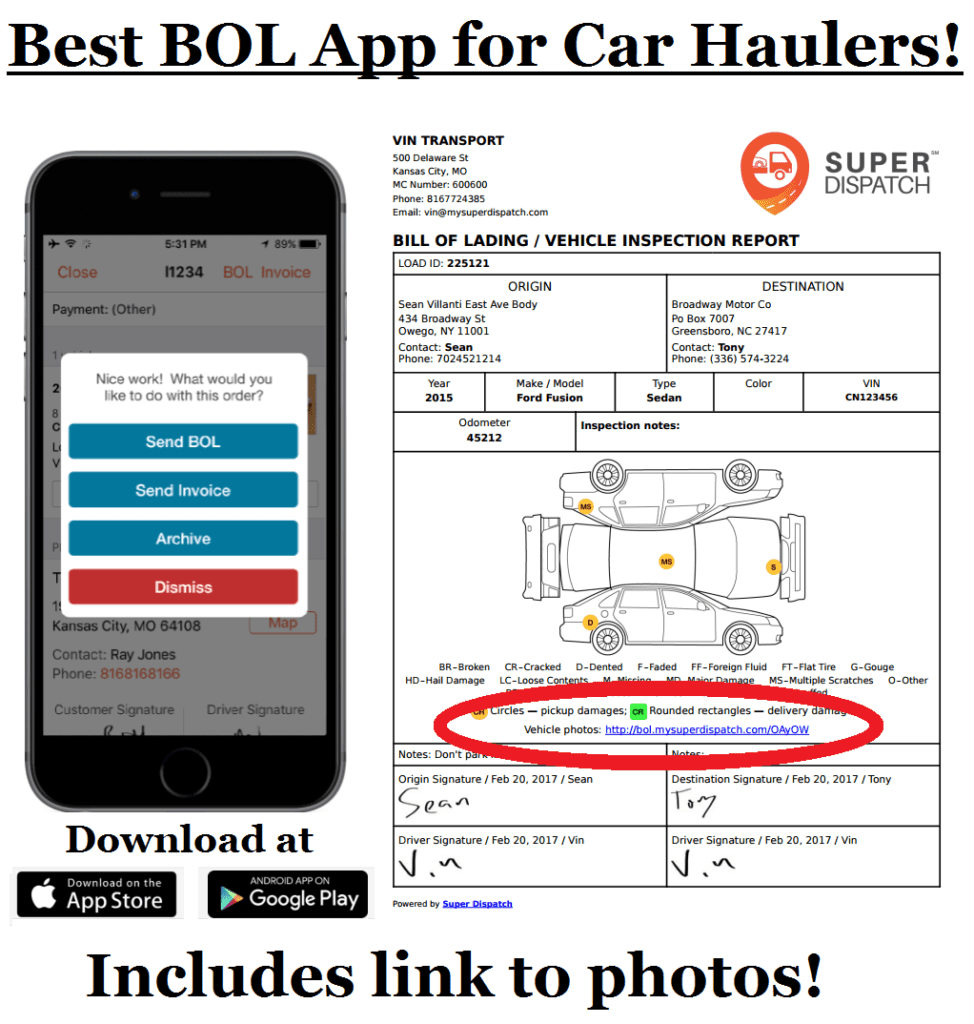 Sal T. at Pristine Auto Group in Bloomfield, NJ is a used car dealer that had a serious situation with a carrier being dishonest and evasive. Sal sold a vehicle to a customer in Florida and dispatched a carrier to pick up the vehicle. The carrier picked up the vehicle, collected payment, and told Sal the vehicle would be delivered four days later.

?A week later my customer calls to get an update on the shipment and tells me that the carrier will be later than expected due to a hurricane? said Sal. At the time, Sal didn?t think much of it and said he would ?rather have vehicle arrive later and in good condition, than risk the vehicle being damaged?. Two weeks go by and Sal?s customer calls and demands to know when his vehicle will be delivered. The buyer was very frustrated because the carrier kept delaying the delivery times and ultimately stopped receiving his calls.

?About 3 weeks after the vehicle was picked up the buyer called threatening me with legal actions and claiming I stole his money and defrauded him. said Sal. More than three weeks after the vehicle was picked up, Sal was finally able to get a hold of the carrier and had the vehicle brought back to him. To alleviate the situation, Sal purchased the buyer a plane ticket to fly to New Jersey and drive the car back to Florida. But after some research, Sal realized that the carrier that picked up the vehicle had is MC Authority revoked by the DOT and was unable to operate his truck.

The carrier?s dishonesty resulted in monetary damages for Sal and resulted in Sal?s customer losing trust in the process of having vehicles transported by car haulers.

?Had the carrier been truthful from the start, I would have been able to find another company to deliver the vehicle,? Sal asserted. ?His dishonesty not only caused me to lose money on the first shipment, it also caused me to lose money on buying a plane ticket for the buyer. Now I have to go through the trouble of small claims court to get my money back on the payment I made to the carrier because when he brought back the vehicle, he said he didn?t have the money right now. said Sal.

If the carrier had been truthful, and communicated the problem with the Sal, all of this could have been avoided. The carrier?s dishonesty resulted in monetary damages for Sal and resulted in Sal?s customer losing trust in the process of having vehicles transported by car haulers. Simply being honest could have have prevented a chain of negative feelings and events from taking place.

The carrier has ruined his relationship with Sal and has narrowed his network of brokers for employment. This was an easy job where everyone could have left satisfied, if the carrier had just been honest.

The Broker – Carrier relationship can benefit everyone – if you let it.

Building a good relationship with brokers can lead to more profits for the carrier. One of the greatest benefits to maintaining a good relationship with brokers is that those brokers will call you first when they have a good load and they will generally be able to offer more for the load because they trust that the carrier can get it done without any issues.

I have built a solid relationship with a broker I work with and whenever that broker gets a load he usually offers it to me first. This is beneficial for me because I am offered the load before it is put up on the load board. I have no one to compete with and I know that the load will be paid on time without any issues. With trust and honesty I am also able to ask more for the load and the broker is always willing to work with me so that both parties are happy with the negotiated price. On top of all this, the broker always offers me a no fee quick pay instead of the standard fifteen day pay.

With trust and honesty I am also able to ask more for the load and the broker is always willing to work with me so that both parties are happy with the negotiated price.

The importance of maintaining a good relationship between brokers is essential for carriers to make it in the long run of their business. When carriers focus on building lasting relationships, they end up making more profits and are given more opportunities. In this new age of car transport, carriers must treat their business as a brand and work every day to build a good brand image. When a carrier provides excellent service and a lot of value to a broker or customer, they build a better brand image. With a better brand image, those customers are likely going to come back for more business. Repeat customers are what carriers need to prosper in the trucking industry, especially during the slow times when there isn?t much work. When damage claims arise, the process of handling these claims is so much smoother when the carrier is honest and values the relationship they have with the broker. Honesty and integrity will allow both parties to resolve the issues and meet at terms that are fair for both sides. We all know how competitive the car transport industry is so we must seek to provide more value to customers in the form of honesty and integrity. Once a customer sees value in a company they will likely want to work with that company again.

Tom Stec is Owner and Operator of Fury Transport and a Super Dispatch customer. 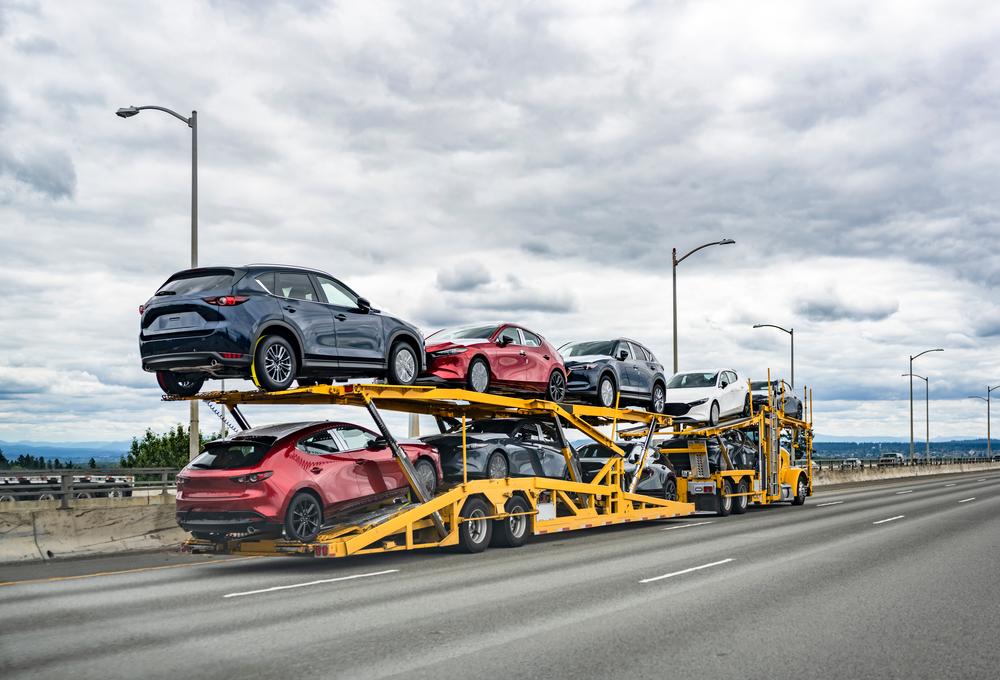 Personalizing Your BOLs and Invoices, and How it Separates You... 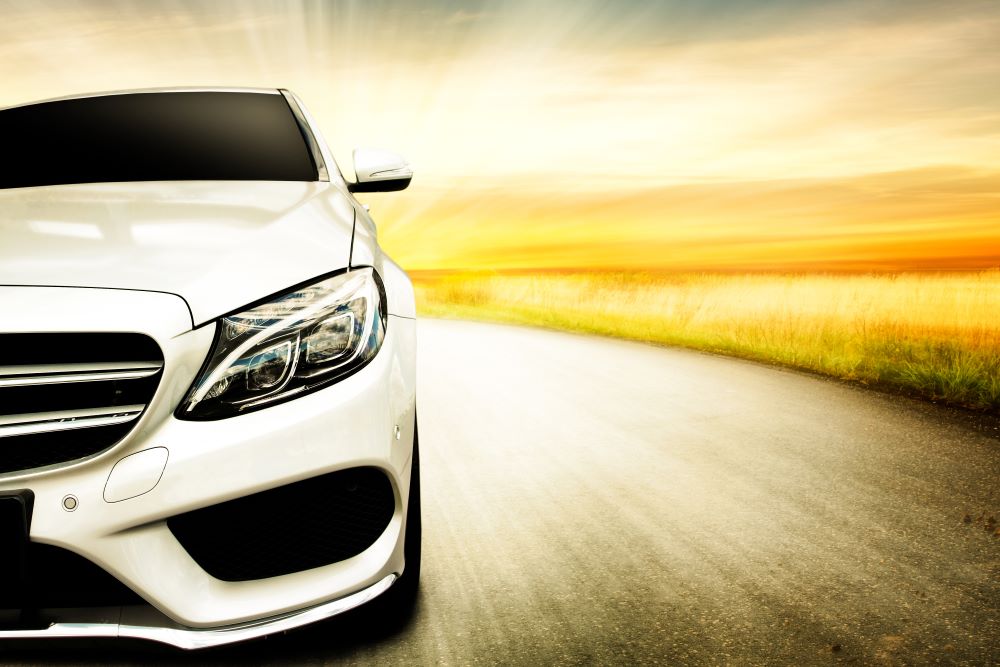