According to their Facebook page, CarMax is “the nation’s largest retailer of used cars” and their app lets you search “a nationwide inventory of over 35,000 used cars.” United Road maintains on their website that they are “leading the auto transport industry…with over three million deliveries each year.” If you multiply CarMax supply and growing customer demand, divided by United Road’s ability to offer lowest volume delivery pricing, that should equal a perfect match made in auto transport heaven, right? Plus, if you implement a centralized order management system that works better, faster and saves the end consumer money without compromising delivery time, then this thing’s a no-brainer, right?

“United Roads and RPM have started posting the Carmax orders…FOR FREAKING LESS THAN HALF WHAT autotransport.com posted before.” – ‘clara’

CarMax and United Road: What Is The Contract? 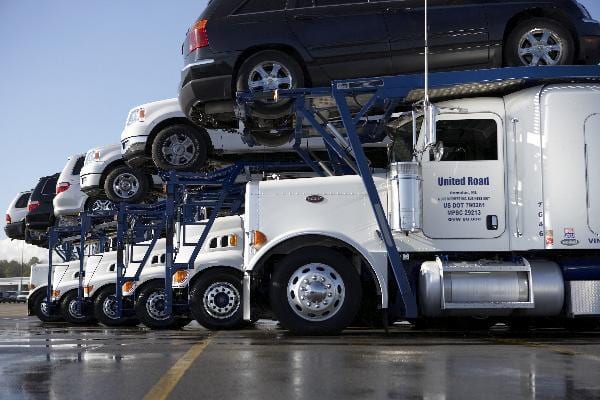 For whatever reason, I couldn’t find any press release online confirming or detailing this new relationship, whereas usually big companies love to share this level of public information because it raises company value and customer confidence. Furthermore, a majority of car hauler businesses already know that these two industry giants are working together because they hear about it through the grapevine, they see the loads being posted online, and some owner-operators continue receiving emails for hard-to-move units. While the dates of when the contract between CarMax and United Road began are unclear, it was sometime in late 2015 or early 2016 when several carriers that once had a direct relationship with CarMax through their load website were suddenly canceled – including Autotransport.com. And curiously, RPM Freight Systems continues to be one of the few brokers still posting CarMax loads. Why (and how) is that the case? Car haulers want to know, “What is going on?” 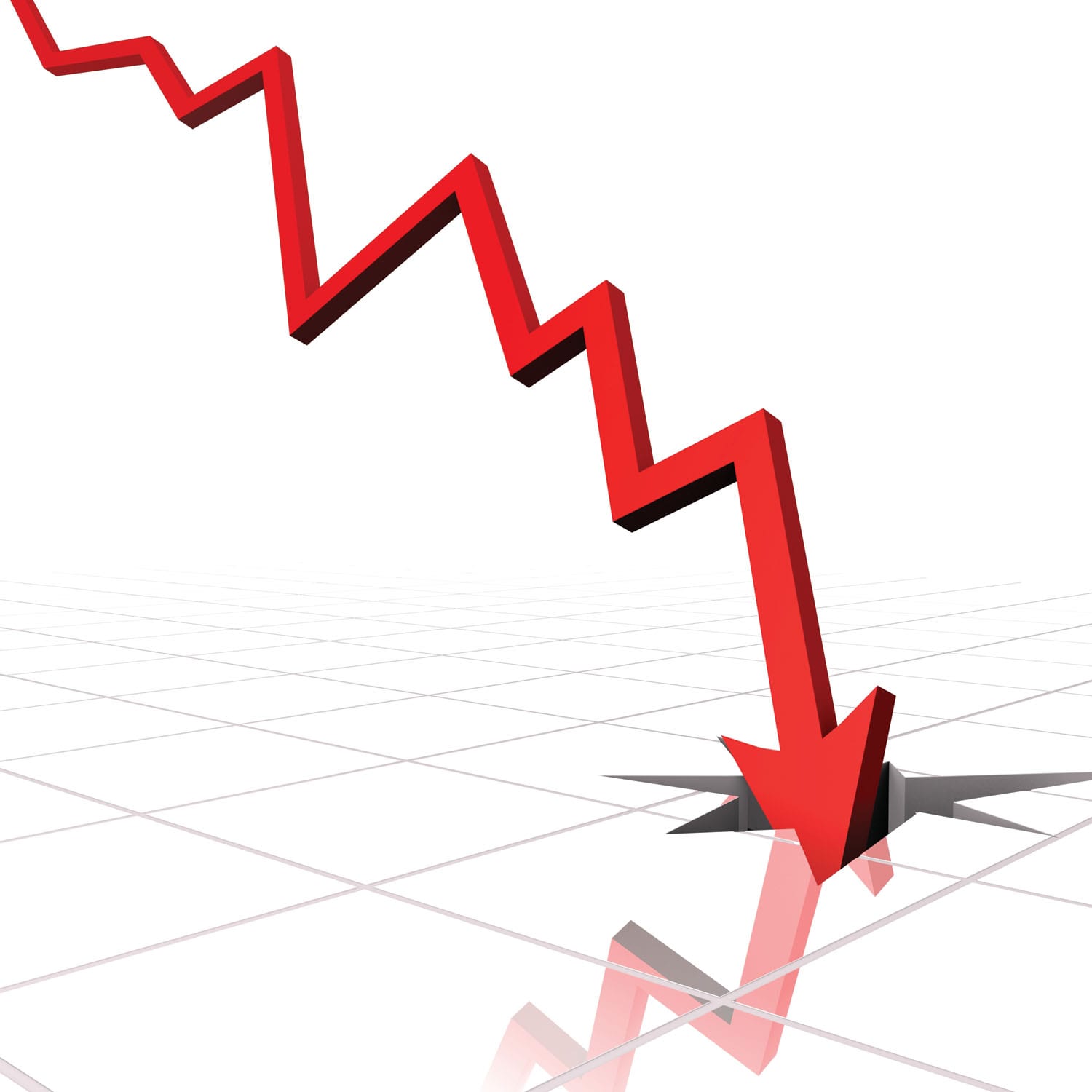 But the biggest shock for independent car haulers across the nation is not the “why” but the “what?” – when they began seeing a nearly overnight drop in the United Road load rates for hauling CarMax cars posted to popular car hauler load boards. Until recently, transporters knew the average going rate to haul a single CarMax unit was at 50 cents per mile (although in large volume averaging 40+ cents per mile.) But now, most single CarMax units are being listed around 40 cents per mile (so you can imagine the dip in the volume rate.) Is this true, and how do we know? Yes, and we do know – because that’s what a lot of car hauler businesses are angry about and posting in an online forum at TruckersReport.com

“Anyone who thinks this is a positive change for our industry obviously hasn’t seen the rates. Nobody, no where at no time should be hauling cars for .35 a mile per car.” – ‘joeyg999’

What Car Haulers Are Saying About CarMax/United Road Deal

TruckersReport.com describes itself as an “active and growing community of truckers” and “the largest trucking forum” where hundreds (if not thousands) of truckers regularly voice their frustrations about the trucking industry. In June 2016, user ‘clara’ posted, “So last week we got emails from RPM and United Road that Carmax had contracted them for their moves. Autotransport.com is out…not sure why Carmax did that but doesn’t matter. United Roads and RPM have started posting the Carmax orders…FOR FREAKING LESS THAN HALF WHAT autotransport.com posted before. There’s no way in hell we’re ever booking something like that. It’s a shame, Carmax moves were always so easy.” ‘clara’ is not alone. ‘joeyg999’ wrote, “Anyone who thinks this is a positive change for our industry obviously hasn’t seen the rates. Nobody, no where at no time should be hauling cars for .35 a mile per car.” ‘BigGP’ says, “As far as United Road goes, the rates they are posting are cheap. But then again, CarMax was shopping for lower transport rates. If the cars do not move & Carmax realizes they are losing sales because cars are not available to a customer, the rates will have to go back up.

The United States is a free market; CarMax and United Road aren’t breaking any laws. The problem is that in the auto transport industry, car hauler load board posted rates to haul cars are already low, and they just seem to keep getting lower. ‘Terry270’ illustrates a very common theme among transporters, “The thing is, if I knew that 45 cents was the lowest it would go I would consider it. But we all know if you say yes to 45 cents then next month they would be asking for 40 cents. I think I saw new Subaru’s on CD for 38cents!! So that’s where I have drawn my line and refuse to budge.” If you take the time to ask them, you’ll find out just how bad it really is. ‘Colorato’ posts, “I been home almost two weeks because I don’t see any loads worth the time. Can’t pay the bills like this.”

“If the cars do not move & Carmax realizes they are losing sales because cars are not available to a customer, the rates will have to go back up. – ‘BigGP’ 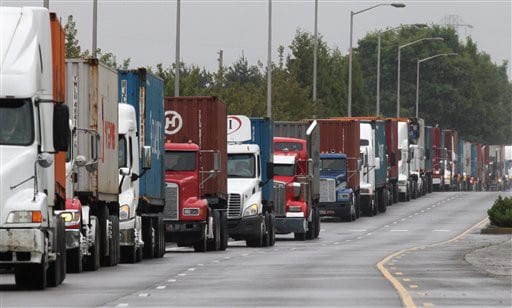 Speaking for many truckers, ‘Kansas Transit’ sums it up: “We stopped hauling Carmax loads, cheap rates, ridiculous rules, and an app. that doesn’t seem to be compatible with our electronic devices, basically, they want you to jump through hoops for nothing, or in some cases, LESS than what you were making. Keep something in mind, EVERYONE is winning in this deal EXCEPT the transporter/driver, UR is going to save large amounts of green on cutting down or eliminating office workers hours, because of that app, the DRIVER is now their office worker, FOR FREE!!! Carmax wins because not only have they gotten cheaper rates, because of UR’s app they have better tracking ability of where their inventory is and real time notification of p/u and del. AGAIN, it is because of all of the extra work is done by the driver, so Carmax can probably cut the hours of their inventory location staff, money saved. But the driver, unless paid by the hour loses miles and time over the deal, the transport company loses miles and time over the deal, not sure about any one else, but in my world TIME is still MONEY!!!! I can see the reason in this business for real time info on vehicle location/moves, I have NO issues with the concept, but if the driver/company is now also the shippers secretary, then rates need to go UP, not DOWN!!! Sorry for the rant, but somebody had to say it.”

Whether you are a fleet owner, dispatcher, owner operator or broker, what do you think about this recent deal? Does it affect your car hauler business? Does the United Road app make your job easier? Your voice matters and people are listening. What do you have to say?

Want to learn how Super Dispatch can help you? Get started today! 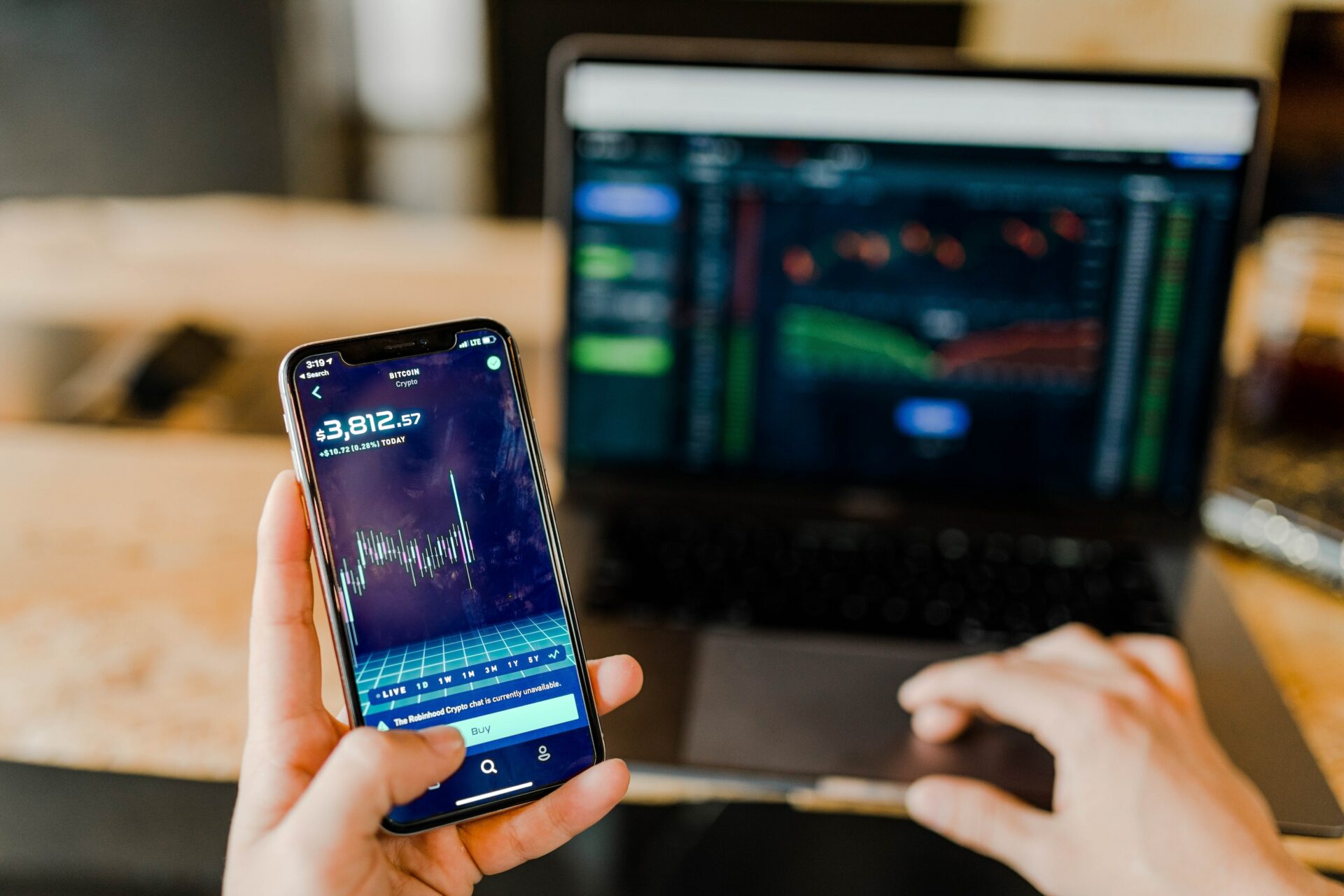 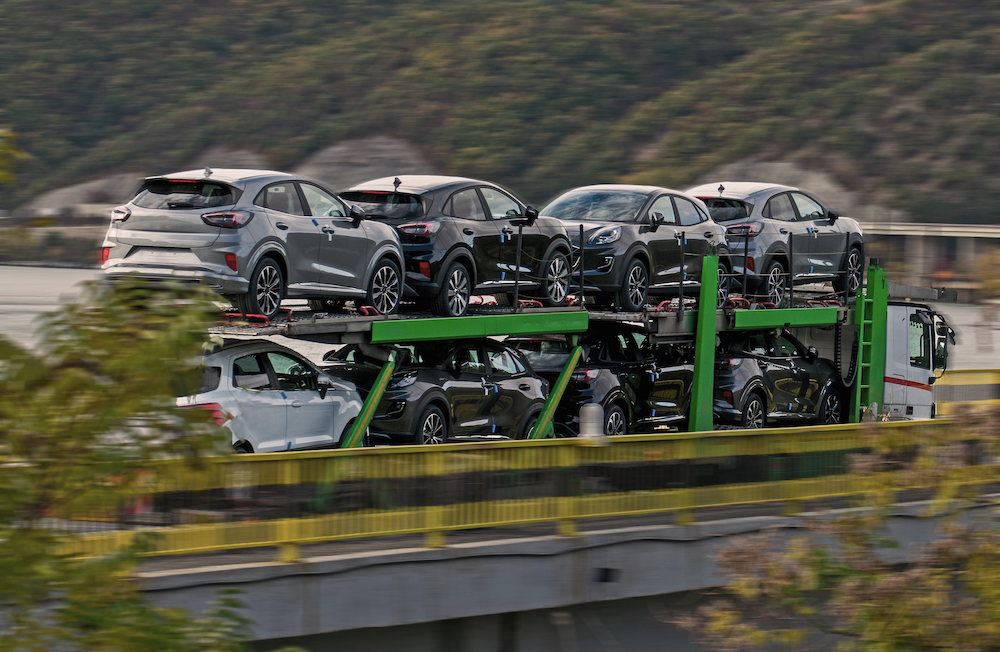 The Infrastructure Bill and Auto Transport: What You Should Know 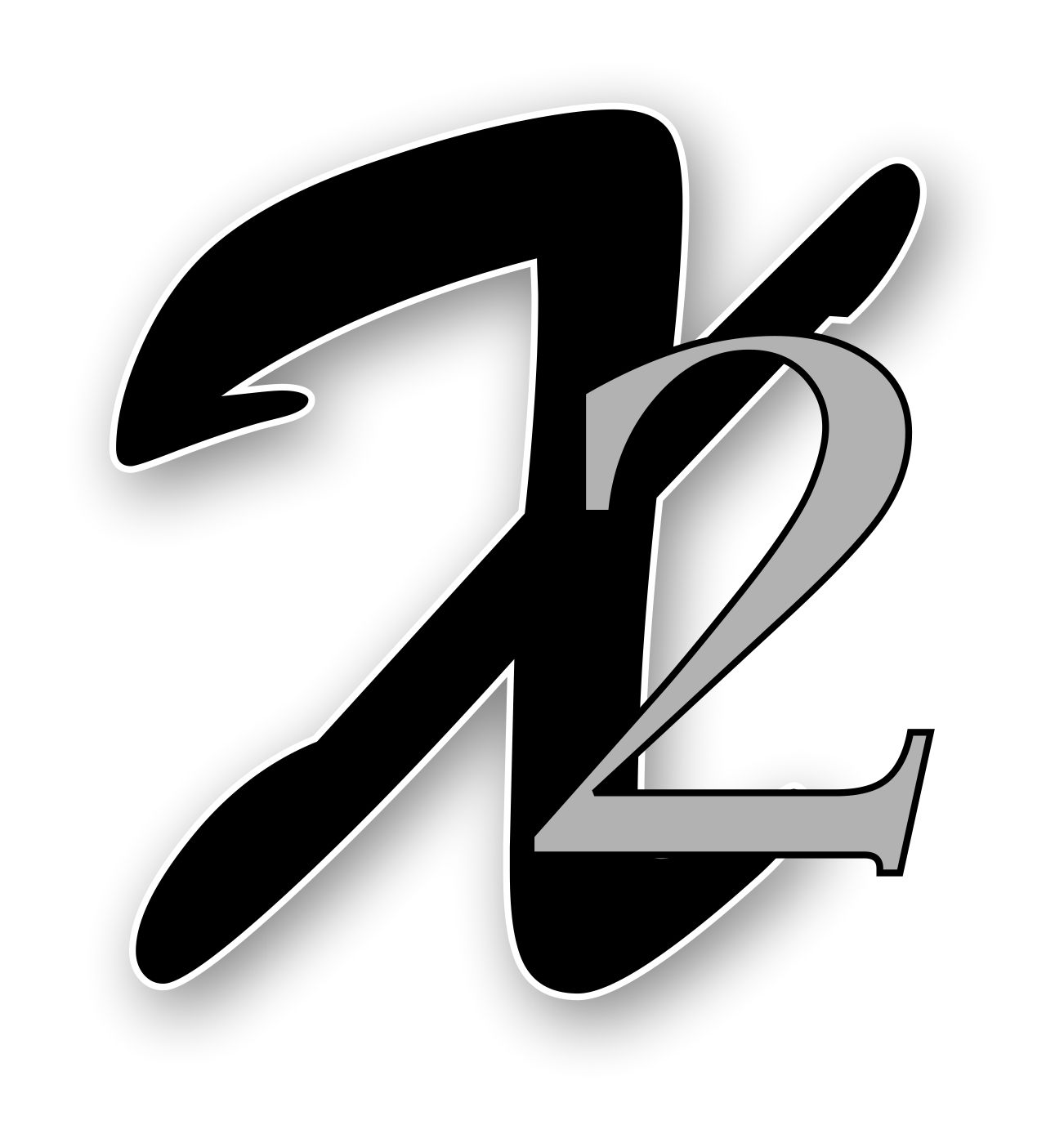